Ageing, Agency and Health in Zanzibar 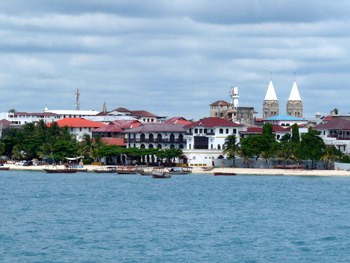 International social gerontologists argue that population aging will lead to an increased demand for health care and support services for the elderly, which can be hardly met, even in the most developed countries. In Africa, the study of aging and health is a new and interdisciplinary field of research. Especially, when it comes to anthropological research the field is not yet well explored. The present PhD project aims to add new theoretical and empirical insights and thus make a contribution to the research field from the perspective of social anthropology.

In this medical anthropological PhD research particular emphasis is laid on the examination of how people at the age of sixty years and above organize and practice their living and care arrangements in an urban and transnational Swahili society in the city of Zanzibar, Tanzania. The project analyses how older people in four urban areas perceive their health condition and aging, as well as their understanding of “good health” and “good aging”. Further, the study examines forms of agency in response to critical health situations in everyday life of older persons and analyzes gender roles and transnational ties in connection to aging, health and care giving. The focus of this multi-sited ethnographic research is most importantly laid on the perspective of older people in Zanzibar, nevertheless it also includes the point of view of their close relatives and acquaintance in Zanzibar as well as in Muscat, the capital of Oman.

To ask of how people are getting old and who is taking care of older persons in the city of Zanzibar is important considering that also the population on the island is aging rapidly: the number of people aged 60 years and older increased from 4.6% in 2002 to 6.2% in 2010. In an environment where pension schemes and health insurances are not widespread, older people need to find other ways to receive care. In Zanzibar out of 58’311 people above sixty years only 4031 persons (around 4.9 %) receive a pension of the Zanzibar Social Security Fund, which is a contributory pension scheme. Those elderly who do receive a pension are mostly former state employees and only recently the pension scheme was opened for all employees who want to contribute. However, the option is hardly used. In the discussion about social pension the older people are often seen as poor, non-agentic victims. Are older people passive objects and do not have subjective characteristics to negotiate and impact their old age? Or otherwise asked: Do the agentic orientations suggested by Emirbayer and Mische (1998), namely iteration, projectivity and practical evaluation, help to refine our understanding of “doing aged care”? It cannot be denied that poverty among older people in Zanzibar is widespread. Nevertheless, it is worth having a closer look at how older people experience and influence their aging, health condition and care arrangements. Previous studies have shown that meanings of physical aging vary across societies, change over time and are influenced by transnational dynamics. Profound transformations have challenged the lived experience and cultural representations of ageing and health as well as the family as a key site of aging and elder care across the globe, and globalization continues to accelerate these transformations.

In 2012, I chose together with my two research assistants fifty older people in four diverse areas in the city of Zanzibar. In the first six months of fieldwork we visited them at least three times. Through guided interviews with open-ended questions, informal talks and observations, we gathered a huge quantity of information. In 2013 and 2014, we visited all fifty informants again twice but laid a focus on 11 older persons who have relatives abroad, as one of the aims of the research is, to analyze if and how this influences the care and health of older persons. Besides doing interviews we spent a lot of time with them joining them in whatever they were doing (like: cooking, walking to nearby places, sitting around, going to the mosque or the farm). To understand the frame in which aging, health and older care is happening in Zanzibar I analyzed government policies and Islamic law, as well as discourses in media and civil society. Many aspects about the perception of older people in the society I learned through my social work students at the State University of Zanzibar, whom I taught one semester. Besides the interviews with older people themselves, we also did interviews with the relatives they mentioned to be most important in supporting them. Additionally, I traveled together with one of my research assistants to Muscat the capital of Oman in order to spend two months with relatives of older people in Zanzibar. Over the past centuries, a transcultural space has been created between Oman and Zanzibar through political expansion and an exchange of goods, people and ideas resulting in dense networks across the Indian Ocean. This research project takes older Zanzibari as a starting point and examines care practices within these transcultural - and since 1964 also increasingly transnational - networks. Focusing on twenty relatives in Muscat I gained insights into the transnational practices of long-distance care giving.

The findings show that the transnational care relations are kept alive through regular and long visits, frequent calls by mobile phone, picture sharing through ‘whatsapp’, the sending of gifts, medications and money through visitors or special companies and through the organization of medical treatments in critical health moments. These through migration policies and the economic situation of many Omani families structurally facilitated interactions do not simply start when a parent in Zanzibar becomes old and frail but begin much earlier. Moreover, the PhD study demonstrates that reciprocal bonds with relatives are reinforced by nostalgic feelings for Zanzibar and a sense of religious duty. The further explain that according to Muslim faith, one can only reach paradise by taking care of ones’ elders. The research findings further suggest that similarly motivated strong bonds exist between old Zanzibari and their relatives in the United Arab Emirates, the United Kingdom, the United States and the Comoros Islands.