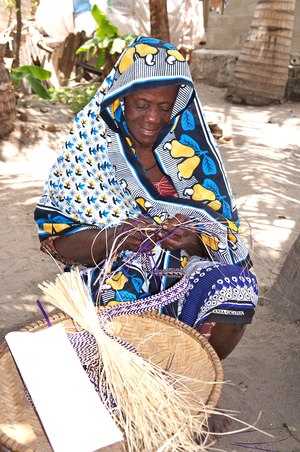 International social gerontologists argue that population aging will lead to an increased demand for health care and support services for older people, which can be hardly met, even in the most developed countries. In Africa, the study of aging and health is a new and interdisciplinary field of research. Especially when it comes to anthropological research the field is not yet well explored.

This PhD project studies how people above 60 years live their everyday life in the city of Dar es Salaam, Tanzania. The city of Dar es Salaam is the industrial, commercial and governmental center of Tanzania and is currently inhabited by 4.36 million people or 10% of the total population of Tanzania Mainland. Almost 3.5% of them are aged 60 years and above and the number of older inhabitants is expected to raise in the coming years (Census 2012, National Bureau of Statistics 2013:47).

Drawing on the experience of previous research on old age resilience, the project explores how older people live their everyday life in the changing urban societies of Dar es Salaam. The following questions are framing this PhD study: What are key health concerns of women and men who grow old in local, translocal and transnational contexts of urbanizing Dar es Salaam? What do they think can or should be done about these concerns, and by whom? And how do their health practices resonate with Western and global discourses of “Successful Ageing” or “Active Aging”? To allow a systematic comparison with findings of the previous project the following research questions are leading this study: Which conditions of the body and mind are considered as problematic or even critical by the older person and/or by significant others? Who cares about these health concerns and how do they get socially engaged? Do the agentic orientations suggested by Emirbayer and Mische (1998), namely iteration, projectivity and practical evaluation, help to refine our understanding of "doing aged care"?

In a first phase the project looked at the aging experiences and the variety of living and care arrangements of 50 older people living in four different mitaa (quarters) of the city of Dar es Salaam. Based on the findings, one area was chosen for further research. In the chosen middle class milieu of northern Dar es Salaam, this study wanted to find out more about how care of older people is organized in the everyday but also in critical (health) moments. In the second phase, therefore, a sub-sample of 11 older people was accompanied over a period of more than 9 months in order to find out more on dynamics of aging and care (giving) and their notions of ‘aging well’. The study focused not only on how others care for older people but also on how the older people take care of themselves, mostly by conducting health promoting activities. Since some of the older people living in the focused area have children or other family members abroad, a third phase of the study looked at aspects of transnational care giving by interviewing children, or other family members, who are living in eastern US (Massachusetts, New York, Washington DC, Maryland and Ohio). Hereby one focus was laid on flows of ideas and practices related to aging and how western/global ideas of ‘good aging’ influence health practices of aging parents back home.

The project plans a dissemination workshop in order to present first results at the University of Dar es Salaam and the State University of Zanzibar, Tanzania in January 2015.